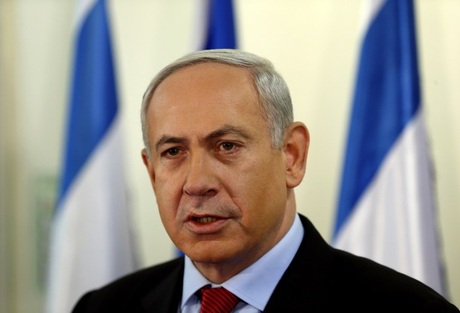 “Attempts to impose a boycott on the State of Israel are immoral and unjust. Moreover, they will not achieve their goal,” he said at the weekly cabinet meeting.

Netanyahu’s remarks came a day after Kerry warned of the potential economic impact on Israel.


“For Israel, the stakes are also enormously high,” the U.S. diplomat warned at a security conference in Munich.

“For Israel there’s an increasing de-legitimization campaign that has been building up. People are very sensitive to it. There are talk of boycotts and other kinds of things,” he said.

The status quo could not be maintained if the talks were to collapse, he warned.

“You can’t expect Israel to negotiate with a gun at its head while it discusses issues critical to its diplomatic and security interests.”

And Economy Minister Naftali Bennett of the far-right Jewish Home party, which is part of the coalition but against territorial concessions to Palestinians, said: “There is no nation that would give its country up over economic threats, and neither will we.”

“We expect our friends in the world to stand by our side in the face of the anti-Semitic boycott attempts, not amplify them,” he said in a statement late Saturday.

A growing number of governments and international businesses have in recent months said they will not trade with any Israeli firms with ties to Jewish settlements, highlighting the creeping success of a Palestinian-led boycott campaign.

The so-called BDS movement — boycott, divestment and sanctions — works to convince governments, businesses and celebrities to cut all ties with Israeli companies active in the occupied Palestinian territories, in a bid to repeat the success of the boycott which ended apartheid in South Africa.

Last week, U.S. actress Scarlett Johansson was forced to chose between being an ambassador for Oxfam and taking on a new role as the public face of Israel’s SodaStream, which has a factory in the West Bank, after the international aid group said the two roles were “incompatible.”

She resigned her position at Oxfam.

Since January 1, the European Union has also blocked all grants and funding to Israeli entities operating beyond the pre-1967 war lines, sparking growing alarm in Israel.

Kerry coaxed Israel and the Palestinians back to the negotiating table in late July 2013 for nine months of direct talks which will end in April. So far, there has been very little visible progress.