Nato to take control in Libya after US, UK and France reach agreement 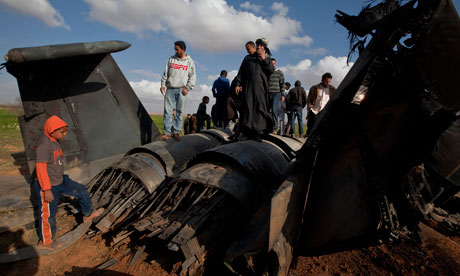 Libyans look on at a crashed US plane. Photograph: Sean Smith for the Guardian