WikiLeaks Founder on the Run, Trailed by Notoriety 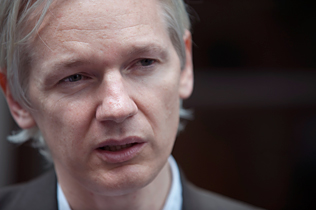 Andrew Testa for The New York Times
Julian Assange, the founder of WikiLeaks, faces a variety of challenges after his most brazen disclosure yet: posting 391,832 secret Pentagon documents on the Iraq war.